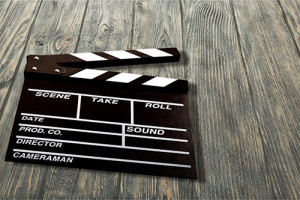 Lots of us love movies, and some of us prefer the more serious themes of introspection and self-discovery, complexities of war, spiritual crisis, personal challenge and struggle. I’m that sort of movie goer, dramas are my style, my genre.   I have a long list of loved movies, but have put together some of my favorites, all of which I could watch repeatedly and see something new and intriguing.

Wild (2014) an autobiographical movie of Cheryl Strayed, portrayed by Reese Witherspoon, tells the true story of a grieving and lost young woman, who has lost her mother, and her marriage. She hikes the Pacific Coast Trail, 1100 miles, by herself and finds herself along the way.   I’d recommend this movie to anyone who cherishes their mother and the lessons in life shared with family. I’d also recommend the movie to anyone who has a curiosity about the need for solitude and a contemplative sort of life. It’s also interesting to see Reese’s character reach deep inside to find tenacity and meaning in completing a goal. For readers, see Cheryl Strayed memoir, Wild: From Lost to Found on the Pacific Crest Trail.

American Beauty (1999) stars Kevin Spacey and Annette Benning. At the time of release, initial reviews and comments left me completely disinterested. I don’t believe I actually watched this until 2005. Upon viewing, I loved every minute, every time I watched. I loved the soundtrack, the acting, the story, and felt connected to each of the main characters in some way. Spacey plays depressed, malcontent Lester Burnham, dissatisfied with modern life, marriage/family, and work and sets out to figure out what he wants and needs. Carolyn Burnham, played by Annette Benning, quickly loses her patience with Lester and withdraws her emotional support early on. Their only child, Jane, is struggling with her own issues, and views her parents with contempt (which they have earned). She finds support and companionship from a next door neighbor, Ricky Fitts. Ricky is dark, artistic, and understands Jane.

American Beauty articulates the disillusionment so many of us experience with day to day responsibilities of earning a living, paying a mortgage, and the games that often become a part of modern life. Despair, confusion, and disappointment impact each of the characters, their responses wildly different; and in many ways understandable.

My favorite quote from the movie is, “Sometimes there’s so much beauty in the world, I feel like I can’t take it, and my heart is just going to cave in.” This quote led a number of conversations with my daughter discussing the beauty in the moment, of the moment, and how much we miss if we are looking for something to be grand, or to be bigger or better than we expected. American Beauty reminds me to live my life according to my design, and to appreciate every day.

I have only viewed The Homesman (2014) once, but I will definitely want to watch again.   Set post-Civil War, The Homesman tells the story of women on the prairie in the Nebraska Territory. (IMDB states that The Homesman is initially set in Loup City, Nebraska). Battling the harsh realities of the pioneer experience, and dealing with even more harsh social realities of being a woman held to expectations of the good and perfect mother, good wife, and never tiring as a partner to men conquering the land, these women are challenged in ways I can barely imagine. Hillary Swank convincingly plays Mary Bee Cuddy, a single woman who is homesteading. After three women in the community succumb to stress and mental “breakdown,” she agrees to travel to Iowa and return them to more civilized communities to be cared for. Tommy Lee Jones directs and has the lead male role. Jones character, George Briggs, accompanies Hillary and the three other women across the prairie.

I’d recommend The Homesman to anyone with interest in the realistic hardships that people experienced while attempting to make a life on the Great Plains. I’d also suggest that viewers who admire the contributions of women to the settlement of the plains would also enjoy this movie. For me, the personal struggle of the characters between doing what is right, good, and compassionate with survival in harsh conditions is my take away from the film.

Oliver Stone directed Heaven and Earth, a 1993 film about a Vietnamese woman in a farming village in South Viet Nam. The character is based on the life of Le Ly (Hayslip), played by Hiep Thi Le. The story follows the actual history of the French being forced out of the country, and the US entering Viet Nam in the 1960’s to prevent the spread of communism. This lengthy movie tells the story of Le Ly’s early adulthood as a rice farmer’s daughter in South Viet Nam. The movie reveals historically accurate situations with the Viet Cong and North Vietnamese gaining their foot hold in the South. Le Ly is faced with numerous conflicts as she sees her village, family, and community torn apart by war. She moves to Saigon to start a new life, and meets USMC Steve Butler, played by Tommy Lee Jones, and moves to the states with him, settling in California. Le Ly experiences culture shock and personal shock as Steve begins to demonstrate PTSD and acts out violently and with rage, often targeting Le Ly.

Le Ly frequently reveals her pain about missing her family and the home of her ancestors. She attempts to adjust to life in California but never gives up her identity as Vietnamese.

Some interesting sub-themes include Le Ly spiritual life and perception of the world as a traditional Buddhist. Twenty some years after leaving Viet Nam, she travels back to see family. On her return flight she expresses her realization that she is no longer a part of her homeland and her family, and states that she is trapped between heaven and earth.

Of particular interest to me is the woman’s perspective on the conflict and war in South Vietnam and the impact on her life and the life of her family and husband.

If Heaven and Earth appeals to you, I’d definitely recommend planning at least two viewings. It is complicated, has numerous sub-themes, and is long at 140 minutes.

Happy viewing, friends! And, let me know what movies make your list.

Call us to see how we can help!